A downloadable game for Windows

Audio Only Game with focus on accessibilty made during No Video Jam.

This game is based on sound spatialization and use binaural sound.

For the best experience, use headphones !

You're a baby alien looking for his mom in a sci-fi ship. Find her and avoid all traps and guards only with sounds !

Starting with the incredibly generous offerings from sonniss.com and  all the participating companies from it's yearly GDC Audio Bundles we have:
License at: https://sonniss.com/gdc-bundle-license/

The following sounds came from the Adobe Audition DLC Sound Packs.  My appreciation goes out to Adobe for making these sounds available for legal use by everyone.
license at: https://offers.adobe.com/en/na/audition/offers/audition_dlc/AdobeAuditionDLCSFX....

And we got the shotgun pump for the second male guard from the unfortunately no longer available [Free Firearm Sound Library] at airbornsound.com (originally recorded by Still North Media)
License at: https://www.airbornesound.com/user-licence/

The sounds below all fall under various versions of the Creative Commons Attribution Licenses both commercial and non commercial, as well as Public Domain.

Now for the awesome contributors at opengameart.org
Amacnaughton (for the robotic turret voice)
rubberduck (for the alien mother's vocals)

And last but not least, the generous people of itch.io
Sound mixer BCKR and voice actors Meghan Christian, Sean Lenhart, and Alex Brodie (for the guard vocals)

Any missing/incomplete attribution or improper use under license is completely unintentional, please bring any concerns to the attention of the game's author.

Defender here...
Working with Kalinka on this game was an absolute pleasure.  Great guy and he managed to make a very playable end product in two weeks while dealing with a big timezone difference, a day job, personal life, and working on another game at the same time.
I appreciated the opportunity to work with all other participants as well of course, but I always looked forward to helping with this game even when it got difficult at times because I knew how flexible and communicative my team mate was, and I got to be creative again after a long time of being unsure if I could do sound design again thanks to my hearing issues.

I'm proud to have helped with this, and if Kalinka ever decides to expand it I'm definitely down! 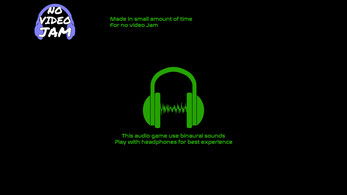 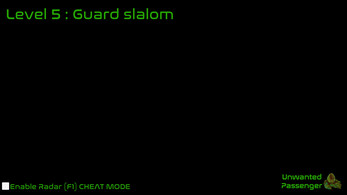 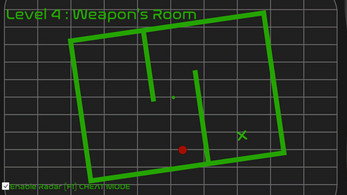